Day 29: Preparing for the 75th Anniversary of Operation Husky at Ponte Dirillo and Gela

Operation Husky, the Allied invasion of Sicily, was the largest amphibious operation of World War II, in terms of size of the landing zone and the number of divisions put ashore. A battalion of the 505th Combat Parachute Team of the 82nd Airborne Division landed on the very site almost 75 years ago.

The paratroopers were forced to drop in gale-force winds and found themselves amidst the three German Army pillboxes in Ponte Dirillo, important due to the fact that it held a main road between Siracusa, Sicily, and Gela. The Americans paratroopers engaged the German and Italian troops in fierce combat before driving them out of the gun emplacements.

Part of our practice today included an old Army tradition: reading roll call for those no longer with us. As LT Fall read out each name, the bell ringer sounded a chime for each empty reply. Thirty nine names. Thirty nine silent echoes. 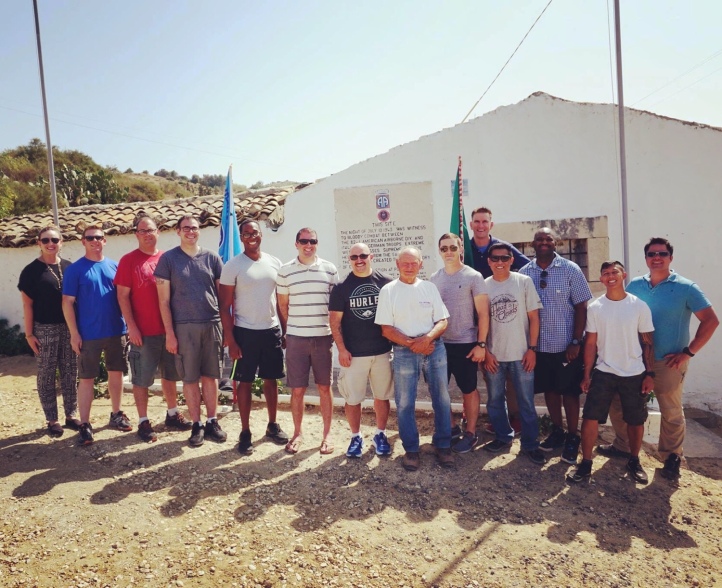