TRENTON IS HOME! Look at that face and those eyebrows and that hair! 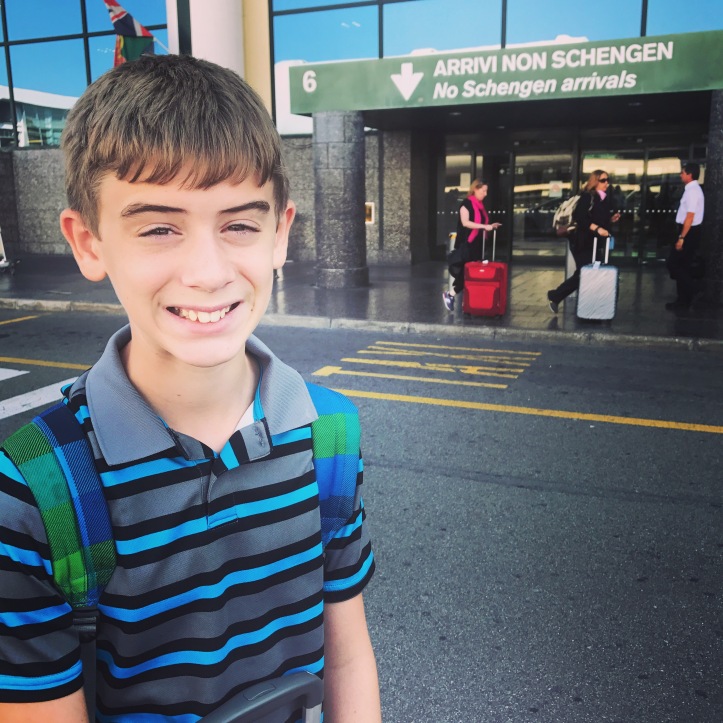 I picked the little guy up at the airport in late August and it was SO GOOD to see him and squeeze him and sniff his little face!

I then spent the day trying to keep Trenton awake–not an easy task after a fun-filled summer with Grandma, Grandpa, and Aunt Tito!

We took a long train ride into the center of the city all the way to…the Basilica di Santa Maria delle Grazie–the convent housing Leonardo da Vinci’s “The Last Supper”! The 15 by 29 foot painting depicts a critical moment: the instance when Jesus announces that one among them will betray Him. Using tempera paints on stone, Leonardo primed the wall with a material that he hoped would accept the tempera and protect the paint against moisture.

Words can’t describe standing in awe in front of the painting for fifteen minutes. We stood and stared and soaked it all in before we spent the last minute getting as many photos as possible. What an experience! 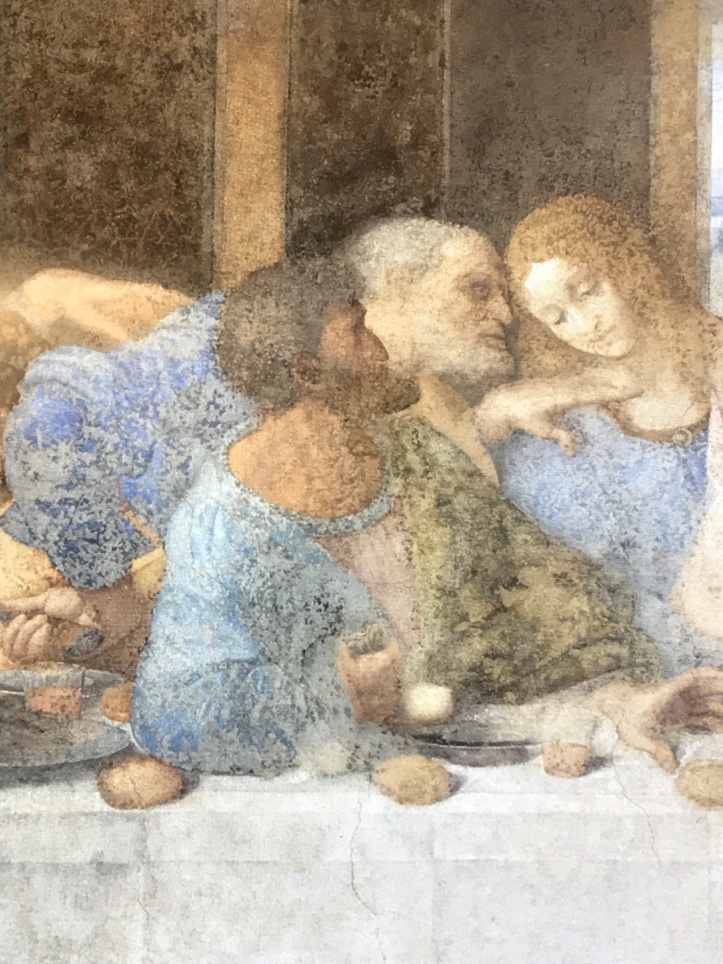 After catching our breath from seeing the “The Last Supper,” we walked to Milan’s most extravagant Gothic cathedral, Duomo di Milano. There’s not a single picture that captures the beauty of the cathedral. The fifth largest Christian church in the world, the Duomo boasts 3,400 statues, 135 gargoyles, and 700 figures!  Standing guard over the city for more than 600 years, the Duomo is a steadfast witness to history, culture, and six centuries of change.

What’s next to do in the fashion capital of the world? Well, not much as we were exhausted! We picked up some smell good supplies at Lush, made a quick granita stop,  and hopped the train home. 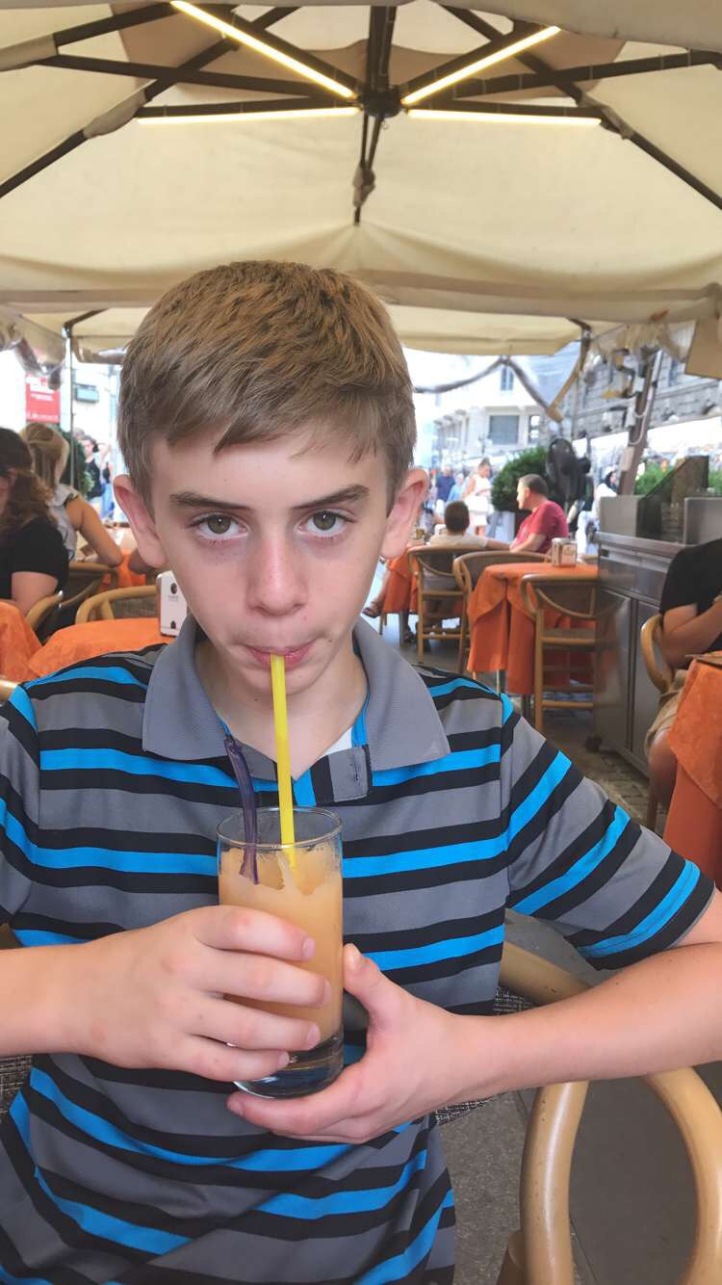 I am so happy he’s home!